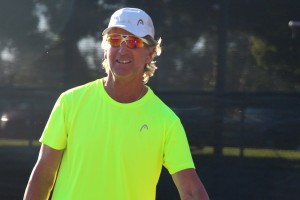 A native of La Jolla, I started coaching in 1977.
Since 1994 I have been the Head coach at Balboa Tennis Club.

My professional experience includes coaching at Bishops School, La Jolla High, Peninsula Tennis Club and Encinitas Tennis Club. Since 2003 I have been the Director of the 70th Annual Metropolitan Tournament. I was also the Director of Varsity Tennis for San Diego High School and Coached the SDHS Cavers Boys Varsity Tennis team to a CIF Division III Championship in 2015.

I am a member of Professional Tennis Registry (PTR) and have been ranked both Sectionally and Nationally in Singles & Doubles.